TLC has come under fire many times before with its arguably exploitative shows of marginalized groups, and its continued questionable programming of fatphobia is set to debut this January. TLC’s new show Hot and Heavy is a limited series centered around “mixed-weight” relationships looks to explore the lives of couples where one individual is significantly heavier than the other.

First things first, the phrase “mixed-weight” is problematic as it appears to be used only to describe relationships between fat women and thinner-than-their-partner men. Romantic comedy films have been featuring heavier set men paired with supermodel fit women for decades as the norm, and never once has it been referred to as “mixed-weight.”

As the show has not yet aired, we are only able to speculate based on the advertised promotional materials, but the fact that women’s body weights are being presented as a “relationship problem” reeks of the continual reinforcing of societal beauty standards on women.

While there may be plans in future seasons to feature otherwise, audiences are only being exposed to couples where the “heavy” is a woman and the “hot” is a man. The woman’s weight is presented as a hurdle each couple needed to overcome in order to achieve acceptance and happiness.

Their partners, all men of varying degrees of fit to slim, have soundbites like “I wouldn’t mind if she were a little bigger” or “there are a whole lot of inches to love.” These may sound endearing, but they immediately signal a fetishization red flag. It doesn’t seem as if this is a show attempting to normalize relationships between people of mixed weights, but rather continue to exploit the hardships fat folx experience just by existing.

It seems to be presenting couples in a way that perpetuates the unhealthy and false idea that fat people are undesirable, and it’s somehow surprising that a straight-size person could possibly love someone fat. This is the same disgusting belief system that puts the lives of fat women in danger.

Society is quick to dismiss fat women’s voices on things like cat calling or assault. The public en masse cannot understand how other people could find us attractive or worthy of love. Hot and Heavy feels like it’s walking a dangerous line where one small bump will push it into the line of endorsing this sort of mentality.

With a title like Hot and Heavy, (implying that if you’re heavy you’re incapable of being hot) it’s difficult to have any semblance of hope that this show will be a good thing for differently sized couple representation. Admittedly, watching the previews of this show hits a bit of a soft spot for me. My soon-to-be-wife is a 6’3”, slender, transgender woman. The fact that I am a foot shorter and a fat person is a constant source of judgement and speculation by society. We endure comments from strangers and plenty of people who invalidate the legitimacy of our relationship because they cannot believe someone who looks like my fiance could ever love a fat person.

The problem with Hot and Heavy is not that it’s featuring couples of different weights, because we do exist. The show’s narrative is the issue. The message is that “these couples make it work despite her weight.”

A person needs to do some serious self reflection if they can only love their partner despite their fatness. Weight should not be something a partner learns to love. Fat women are deserving of love, and not love that has to be learned. 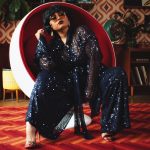 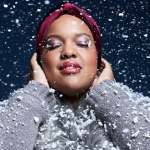