I am not sure if you know yet, but I moved to the Atlanta area. Boom. I am here. The last few days, I had the joy of hanging out with my blogger boo and friend, Claire from Fashion Bomb Daily. She was back home for the BET Hip Hop Awards and we had much catch up to do.

Ugh, I adore her. Knowing that I was new to the area, hadn’t gotten out too much yet, she and I decided to explore and of course do some outfit pics with my new toy I splurged on, but what we found was way cooler…

Before we started snapping, we made our way to Front Page News. I felt so damn gluttonous and enjoyed every bit of my shrimp and grits dish… along with my peach cobbler for dessert (I wanted it to have more crust).

This place was too damn cool and I could tell that it had sooo much history to share. Walls were covered with records and images of artists, events, and articles spanning the decades. 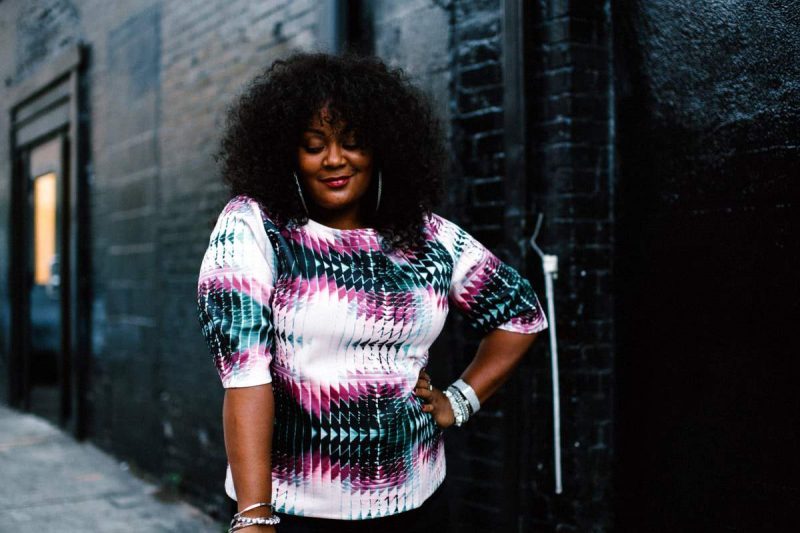 Anywho, after our dinner, we hopped across the street to Little Five Points– Claire was adamant that I get over here and see. And I am happy that I did… I loved that the walls were covered with the coolest art! SO I snapped a few pics of her in front of a great wall we found, as it played off her look fabulously.

As we were snapping and strolling, we caught the attention of a few folk and learned that the UK’s Time to Shine Winner (kind of like our Sunday’s Best), Annastasia Baker would be a few doors down at Moods Music!

We made a heavy note and kept snapping… 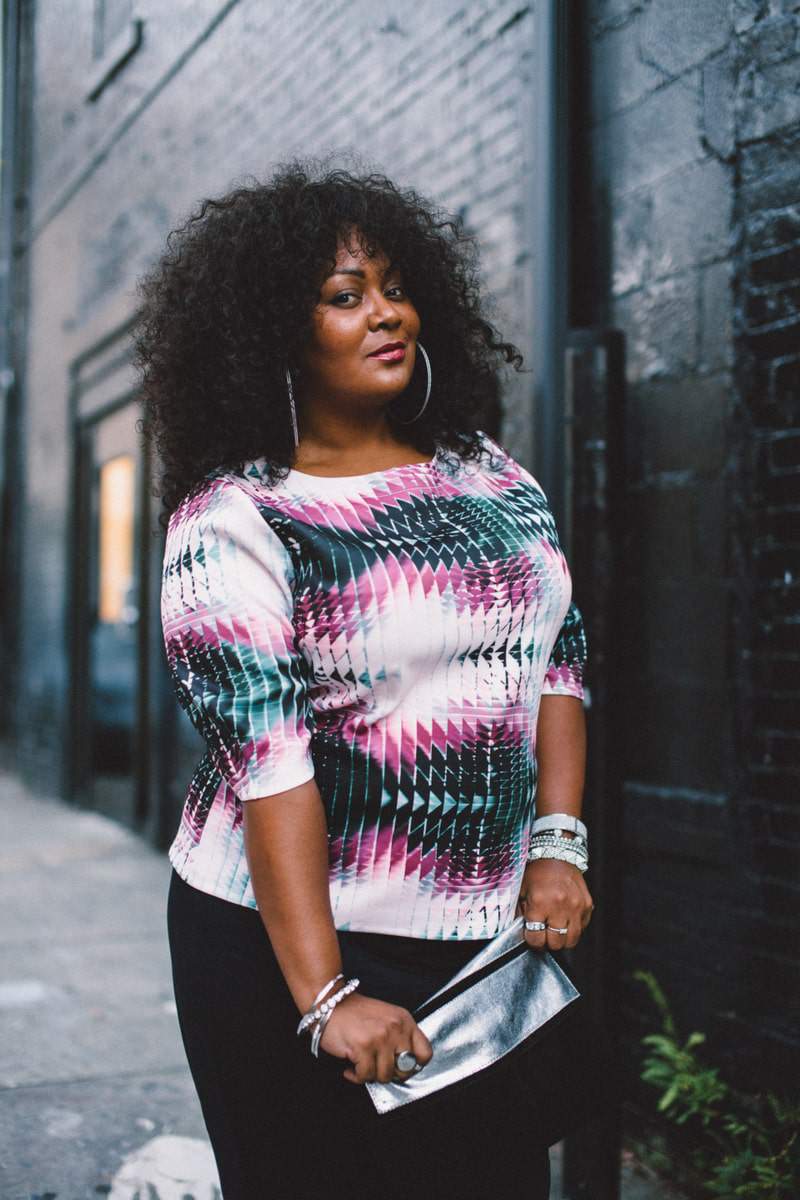 I found this cool shop and wanted to play in front of it.

As we were snapping and getting familiar with my new birthday present for myself- the Samsung NX 300, we happened upon another photog who wanted to have fun too… especially as he caught on that we were bloggers.

So, being the pro he is, I happily relinquished my bouts at snapping and let Paul Akinrinlola (who also happens to be the art director for the video that Annastasia is shooting for her album) have at it! 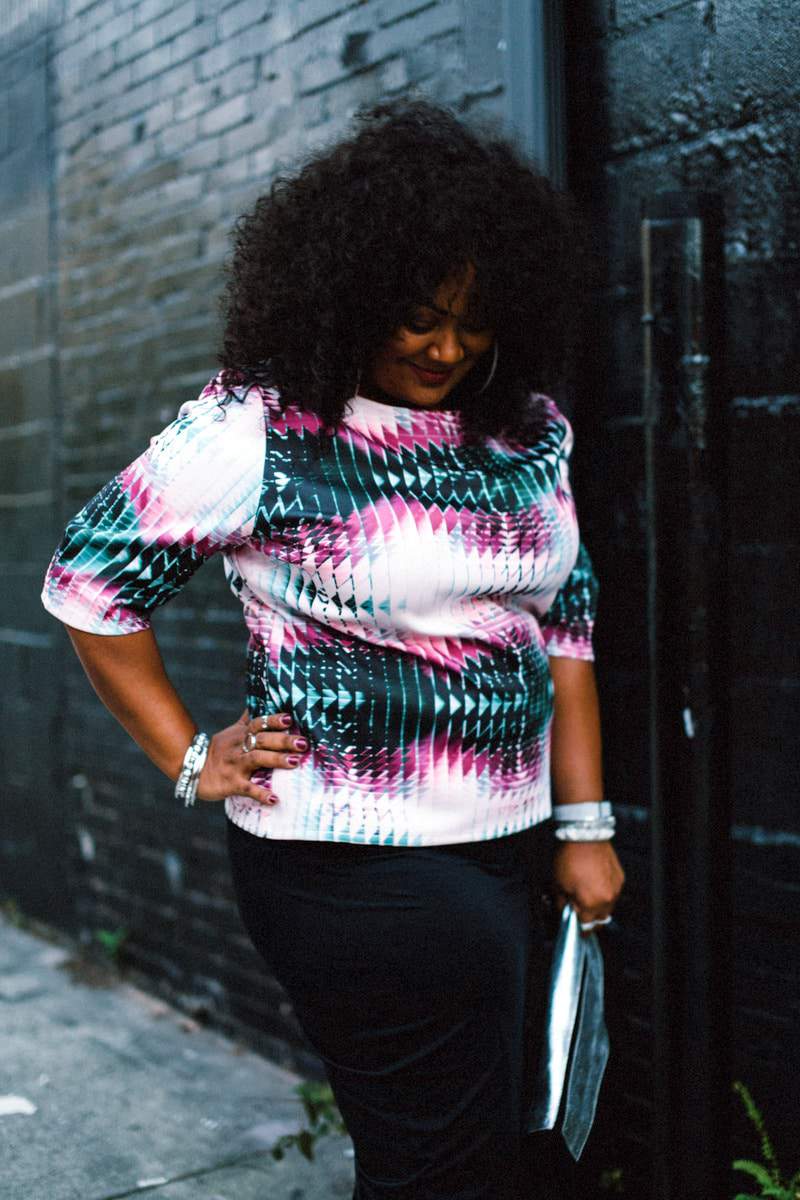 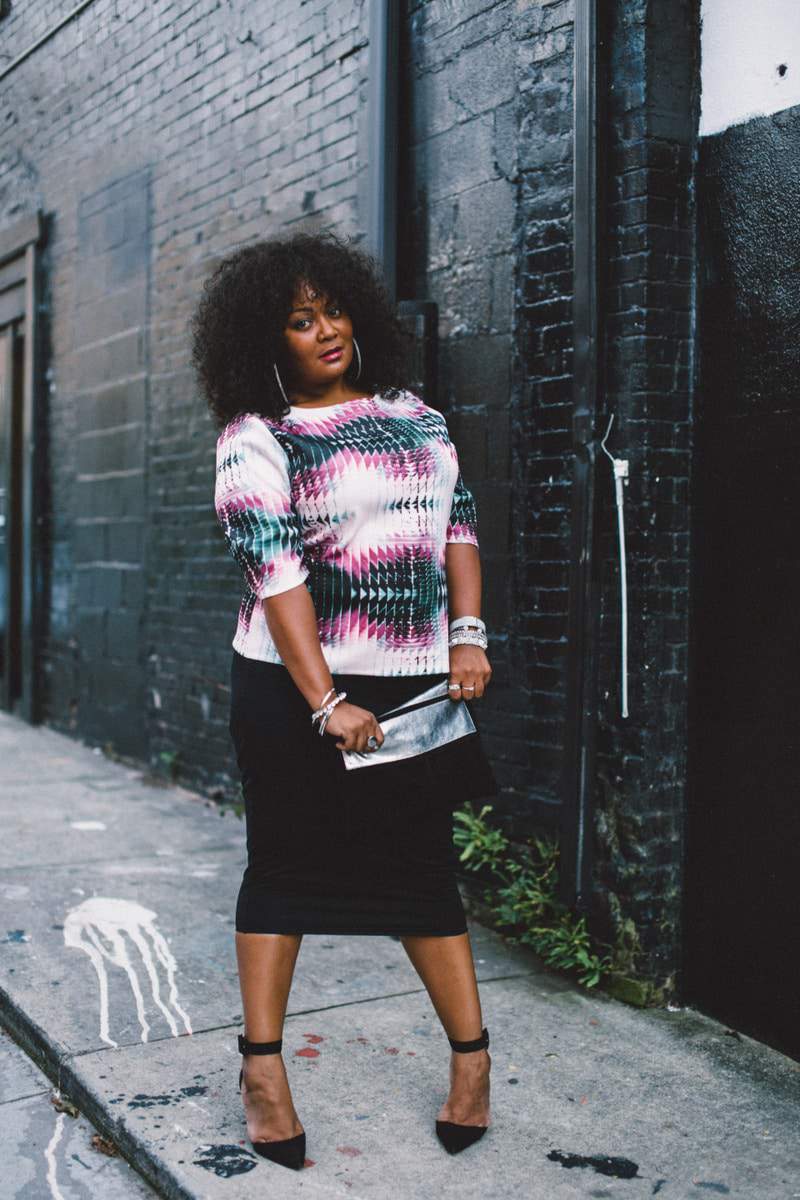 He was really good. Because of the pattern of my Lane Bryant Sixth and Lane Top, I could not fancy the graffiti walls like Claire did… instead; I opted for this really cool and dark wall on the side street! Hehehe… it worked out perfectly too! I think he took less than ten minutes to get these shots.

After Claire and I, along with her mom, finished up shooting, we made it inside Moods Music to listen to Annastasia blow.

AND LET ME TELL YOU.

Girl did blow. I mean… yes. I QUICKLY bought her album, without any hesitation! My mother would be jealous… 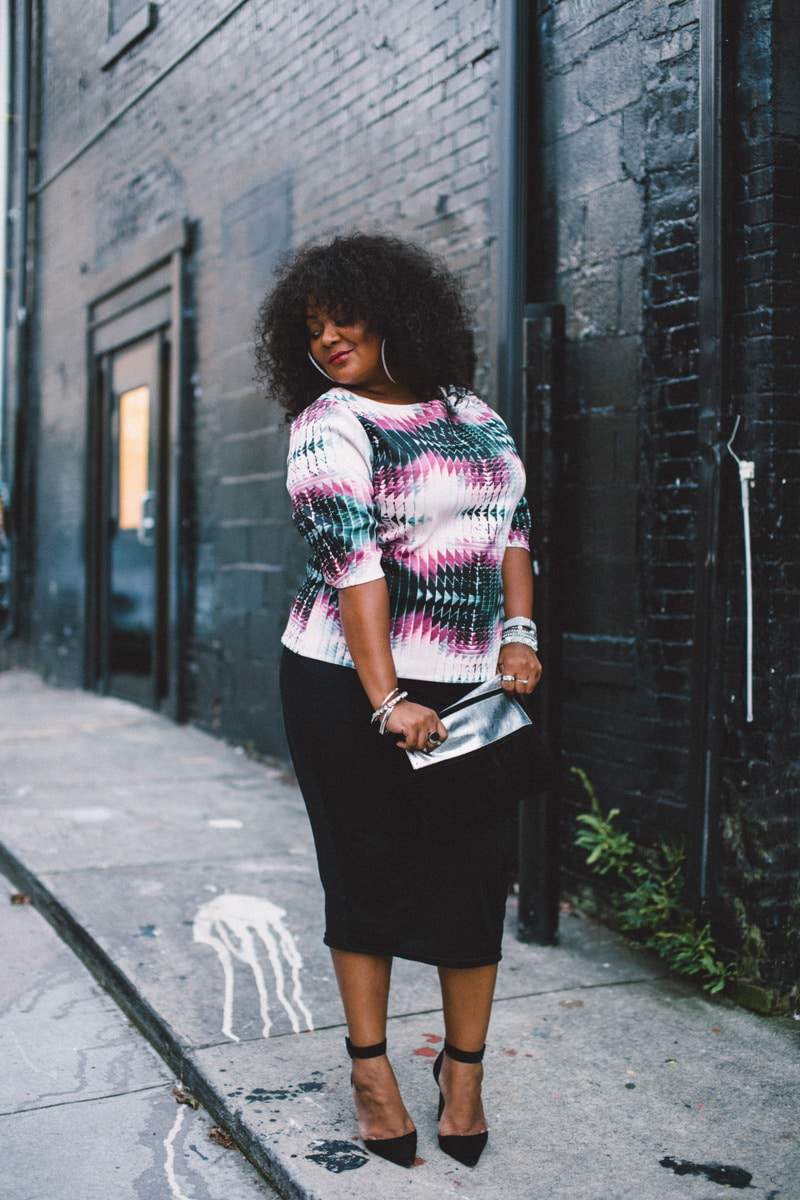 Here are my outfit details:

Again many thanks to the uber talented Paul of P Designs Media, who snapped us. You can find him here: Instagram: paulcreativ; Twitter: pdesignsmedia; and his website: pdesignsmedia.com!

What did you think? Like the look? I never thought I would rock this top, it was sooo different, but I do dig its relaxed yet polished feel! How would you rock it? 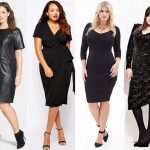 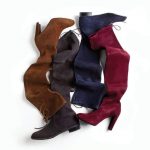