The world is huge, in fact.  No seriously, huge! And overpopulation is a global problem that makes the world seem expansive. If you’ve ever visited Walt Disney World, then I’m sure you were told by a multitude of singing animatronic children in their various ethnic garbs that “it’s a small world after all.” I personally disagree with that notion, and have held that opinion since I was a little bitty, telling those robots, “Uhhh, no… Little Dutch Girls with wooden clogs, it is NOT!” Okay, that didn’t happen, but I sincerely did disagree and I still do!

So what does this have to do with plus size fashion? Welllllllll…

Listen, the current world population is 7.5 billion as of April 2017, according to the most recent United Nations estimates! And amongst all of those people, a sizeable portion of them probably consider themselves to be plus size. And with so many curvy and plus size women all over the world, why don’t we take a moment to look to them for fashion inspiration?

Today, we’re doing just that! I’ve assembled 11 of my favorite plus size fashion mavens (aka fellow Curvy Fashionistas) from across the globe, that I believe have the style you need to be paying attention to!

Keep scrolling, and don’t forget to hit that follow button when you get the notion to!

// day one lewk for @safashionweek. tap for deets //

The Dressed Down Bodycon now on www.Daniellevanier.co.uk [Link to blog in my bio] ?: @jkgphotography #plussize #fblogger #adidassuperstar #adidas #bodycon #streetstyle

From jewelry choices, handbags, every subtle styling differences, I always walk away with oodles of plus size style inspiration when stalking– I mean, checking out.… these ladies on Instagram. And it’s not only the differences that I enjoy discovering, it’s the similarities. I often go, “Girl, what are you doing with my shoes?!?“.

Whether they show off their curves, cultures or personalities with each new look that debuts, I live to be a captive audience, and I think you will, too!

Are you following any of these 11 Curvy Cuties on Instagram? Did any of them make you do a quick follow? Was there anyone I might have missed? You, for instance?

Let’s talk all about it in the comments, shall we?

Special shout out and “Thank You”
to Weesha’s World for giving me permission to
use her photo as the feature image! 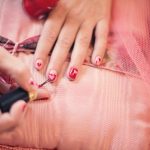 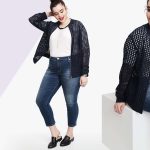