Lady in red!! The 2017 MTV Movie & TV Awards broadcasted this past weekend and Chrissy Metz was a red rockstar! The This Is Us star hit the MTV red carpet in a deep red latex babydoll dress with ruffled cap sleeves and a pair of cute ballet flats to finish off the look. It was the perfect look for the edgy nature of the MTV crowd. The MTV awards franchise — whether that be movie/tv or music — are known to let their hair down at the red carpet and Metz nailed it!

In fact, I’m thinking she may have channeled an MTV iconic video: Oops!… I Did It Again by Britney Spears! It’s like a glamorous meets adorable version of the infamous jumpsuit. You see it, right??

Honey was not only on trend, she was on topic!

Along with slaying the red carpet, Metz gave the dress a second spotlight by presenting the award for Best Duo, along with her This Is Us TV father Milo Ventimiglia. The success doesn’t stop there, though! She was also nominated for the highly-coveted First Generation Award! This Is Us was also nominated for Show of the Year and a Tearjerker award, the latter of which ended up going to the NBC ensemble drama.

Oh, and for those haters out there who don’t think Metz is “allowed” to join the latex trend? Metz deftly dropped the mic for that crowd:

For the record, I wear what I want, when I want. News flash it’s
MY body. #thankstho

Whoop, there it is.

In terms of body-shaming, art imitates life itself as Metz portrays Kate Pearson and her struggle with her body image on This Is Us. Chrissy is transparent enough with her own relationship with her body image, giving off a real “sister” vibe to pair with the confidence she exudes on red carpets and on camera. As she told Marie Claire in an interview earlier this year, “Size doesn’t equate to beauty.”

Chrissy, you go girl! You’re out here starring in a hit TV show, taking trends to a whole different level, and dismissing haters in the process of uplifting girls around the world, all while finishing it all off with a confident hair flip.

We live for it! 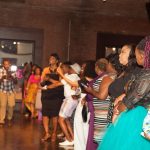 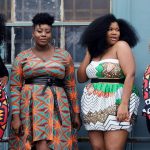